When you visit any website, that website may store or retrieve information about your browser, especially in the form of cookies. This information may relate to you, your preferences, your device, or it can be used to make the site work as you expect. This information usually doesn't identify you directly, but it allows you to get more personalized online content. In these settings, you can choose not to allow certain types of cookies. Click on the category headings to learn more and change your default settings. However, you should be aware that blocking certain cookies may affect your experience with the site and the services we may offer you.More info

UMB is on the ninth place among the Scimago Institutions Rankings

The criterion for including the institution into this ranking comprises the release of at least 100 publications/works contained in the SCOPUS database during the last year of the selected time period.

The aim of the Scimago Institutions Rankings evaluation is to point out to the scientific, economic and social characteristic of research institutions in approximately 130 countries around the world.

The evaluation creates a ranking according to the indicator, which combines three main areas – research, innovation and social impact. 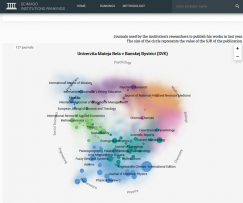 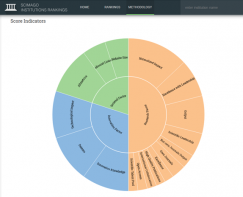 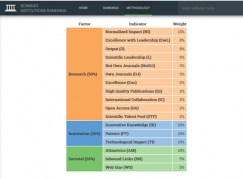