When you visit any website, that website may store or retrieve information about your browser, especially in the form of cookies. This information may relate to you, your preferences, your device, or it can be used to make the site work as you expect. This information usually doesn't identify you directly, but it allows you to get more personalized online content. In these settings, you can choose not to allow certain types of cookies. Click on the category headings to learn more and change your default settings. However, you should be aware that blocking certain cookies may affect your experience with the site and the services we may offer you.More info

These cookies are necessary to ensure the functionality of the website and cannot be turned off in our systems. They are usually set up only in response to activities you perform that constitute a service-related request, such as setting privacy preferences, signing in, or filling out forms. You can set your browser to block or alert you to such cookies, in which case some parts of the site may not work.

These cookies allow us to determine the number of visits and traffic sources so that we can measure and improve the performance of our site. They help us identify which sites are the most and least popular, and see how many visitors are moving around the site. All information that these cookies collect is aggregated and therefore anonymous. If you do not enable these cookies, we will not know when you visited our site.

The event was attended by Eduard Heger – the Prime Minister of the Slovak Republic, by ambassadors of several countries, rectors and vice-rectors of 17 Slovak universities, delegations from foreign partner universities, representatives of cooperating institutions and companies, as well as personalities connected with the University´s life and events.

After the initial ceremony, the Rector of MBU, doc. Ing. Vladimír Hiadlovský, PhD., addressed the introductory part of his speech to the University students. "Higher education does not only mean successful mastering essential study duties, it brings many other opportunities to develop your personal potential. You have the chance to use them to break out of the grey average, highlight your strengths and create an excellent starting point for your professional career." Furthermore, the Rector pointed out the importance of studying at partner universities abroad.

Since 2019, Matej Bel University has been a member of EMERGE – a strong Consortium of European universities – which brings together partner universities from Bosnia and Herzegovina, Cyprus, France, Germany, Greece, Ireland, Norway and Spain. In his speech the Rector explained that "the Consortium connects institutions of higher education from regions situated in various parts of Europe, which are united by the common goal of finding solutions to current challenges in Europe and worldwide. Their attention is mainly focused on the sustainable development in regions and the creation of innovative solutions for inclusive education and practice." On this occasion, the Rector addressed his special greetings to delegations participating in the academic ceremony – namely the representatives from partner universities of the EMERGE Consortium from Bosnia and Herzegovina, Cyprus, Norway and Spain.

The Rector´s special welcome was dedicated to the former MBU teachers who connected their entire professional lives with the University and the development of higher education in Banská Bystrica. He pointed out the fact that they significantly contributed to the establishment of the University and thanked them for many years of their work and efforts. Furthermore, he did not forget to mention those colleagues who left lasting traces at the University, but has been no longer with us today. "I will not name anyone in particular..., I am sure that each of you, at this very moment, connect in your thoughts with a close colleague, or a former teacher with whom you have shared your professional or student life."

In his speech, Eduard Heger – the Prime Minister of the Slovak Republic – stated that education and health care are two most important priorities of the Slovak Government. "We want to build on two pillars: education and health as nothing is impossible for the country which has healthy and educated citizens." He wished all the best to the rectors and success to the students, in whom he sees the bright future of this country.

The Rector's Award was an inseparable part of the programme of the academic ceremony. The prize in the form of the miniature statue of Matej Bel copying his sculpture situated near the Aula Beliana was awarded to 29 exceptional personalities and teams in various categories.

On its anniversary, the President of the Slovak Republic, Zuzana Čaputová, sent the University a congratulatory letter. Other respected personalities from Slovak universities, the city and region of Banská Bystrica, as well as cooperating partners from abroad congratulated the university in the form of a video. The Rector also joined the congratulations.

"I vividly remember the celebrations of the MBU´s quarter-centenary five years ago and I cannot help thinking that the first 25 years of the MBU's existence were a carefree walk compared to what we have gone through in the past 5 years and what we are going through now, what a turbulent period it has been: the world pandemic, the war in Europe, the energy crisis, the negative development of public finances, inflation we have not had in Europe for several decades... I am convinced that together we will manage this extremely difficult period and that the crises will unite – not divide – all those who are in charge. I therefore wish Slovakia enlightened and wise political decisions aimed at stabilising higher education and other endangered infrastructures. At least, on behalf of Matej Bel University, I declare that we do not want to stop life at the university after 17 November 2022. After two pandemic years we realise, more than ever, the importance of continuing teaching in person at our universities. The current academic year will be the most difficult one in the history of the university; its further survival will depend on us. We cannot rely solely on the external environment and the decisions taken by the decision makers, however favourable they may be. The question of survival must be supported by measures taken within the University."

The Rector of the University considers flexible response to all opportunities to obtain a greater degree of adaptation to the current needs of the labour market, to targeted growth of the University's performance in selected areas, and to reassessment of the internal structure and the system of functioning of the academic self-administration, to be decisive factors for the successful functioning of the University in the next period. Therefore, the following applies to MBU: "It will be exactly as we create it together. We have many prospective young people in Slovakia, and for the future of our country it is necessary to maintain and further develop quality education at our universities."

The event was concluded by the performance of the MBU´s artistic ensembles. The University Chamber Orchestra “Mladosť” presented the premiere of the composition titled “Banskobystrický March” and the University Folklore Ensemble “Mladosť” – a Laureate of Academic Zvolen 2022 – offered a performance dominated by the multi-vocal singing which is included in the UNESCO World Heritage Site. Both artistic performances significantly contributed to the festive atmosphere of this academic celebration.

Dance and singing of the students of Matej Bel University in Banská Bystrica closed the ceremony and at the same time opened the new academic year 2022/2023. 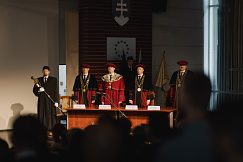 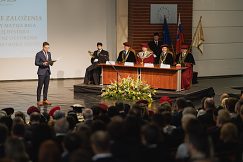 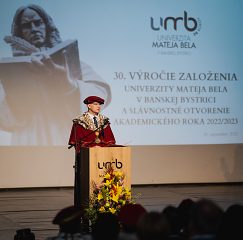 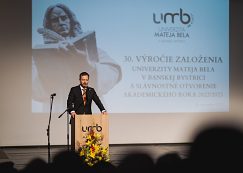 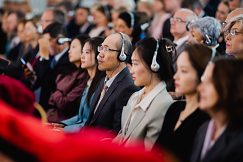 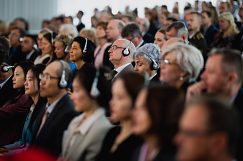 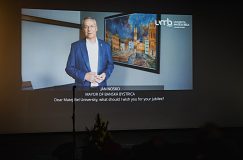 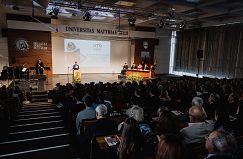 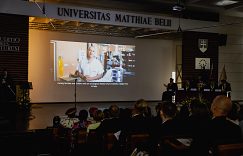 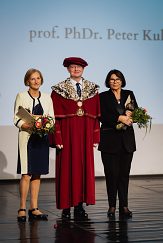 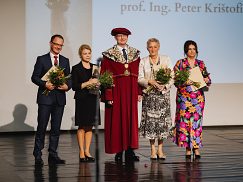 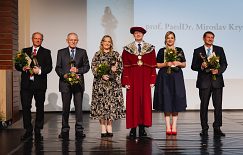 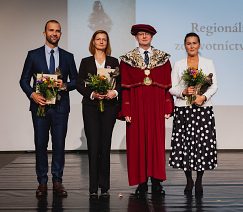 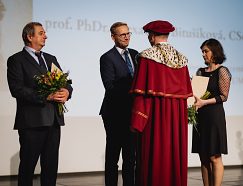 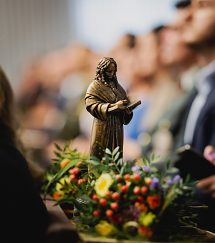 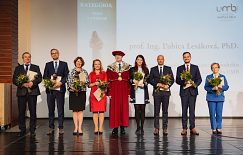 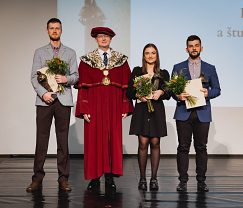 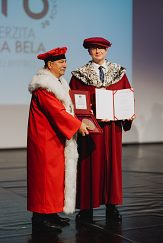 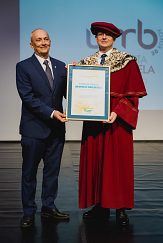 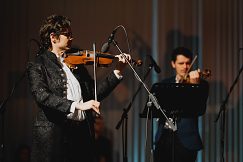 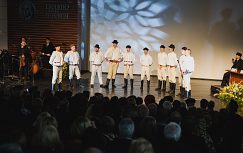 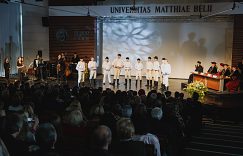 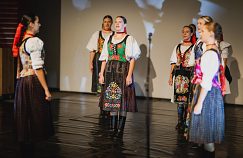 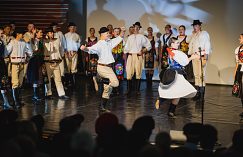 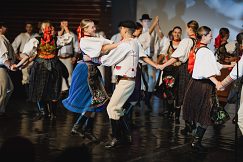 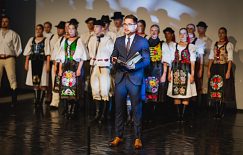 Letter of Congratulations from DUFE.pdf (527 KB)